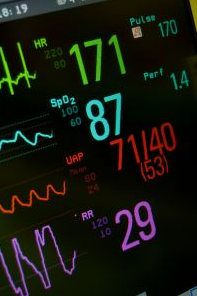 Cardiovascular disease is the biggest killer of young women.

International Women’s Day may have passed, but the messages do not. One prevalent health warning surfaced; cardiovascular diseases are on the rise amongst young women.

The European Cardiology society is alerting women that they may be at a higher risk of cardiovascular diseases (CVDs) than they think. CVDs include heart diseases, strokes and heart attacks.

Although Europe’s heart health has improved generally, research has shown that heart diseases amongst young women has risen.

Most young women believe that the deadliest killer is cancer. Yet, it is heart disease which is the number one killer amongst women. More than a third  of women, 8.6 million approximately, die of cardiovascular diseases (including heart disease and stroke) around the world each year. This is more than the combined number of deaths from cancers, tuberculosis, HIV/AIDs and malaria.

Another problem in recognising cardiovascular diseases is that symptoms in women can be different to the symptoms in men and are often misdiagnosed by doctors.

Women from less developed countries are more likely to die from cardiovascular diseases than women in high income countries. In South Africa, the proportion of CVD deaths in women aged between 35–59 years is 150 per cent higher than that of women in the United States.

As with all CVDs, family medical history and age play a big role in the risks. But. women can increase their risk by smoking, taking the birth-control pill, having a high cholesterol, unhealthy diet, high blood pressure, obesity and diabetes.

Smoking is the biggest concern and women increase their chances of developing CVD and double their risk of strokes through smoking tobacco. Passive smoking also increases the risk of CVDs by 15%.

By not smoking, women can significantly reduce their risk of developing a CVD. Other preventative measures include controlling high blood pressure by regularly monitoring it as well as frequently checking blood glucose levels.

A healthy diet and regular physical exercise are an obvious and time-told preventative measure. However, increasing your intake of fish is a lesser known solution. Research shows that women of a child-bearing age who frequently ate fish at least once a week, compared to those that didn’t, reduced their risk of CVD by a third.

As well as self-care, Professor Mass, European Society of Cardiology spokeswoman of the Netherlands said: “In the development of new medical therapies, female patients are still underrepresented. As cardiology has reached many technical developments, we need to focus more on female patients.”

This would include more government support into the research of CVD in women and an increase in the effort to spread awareness of the disease.