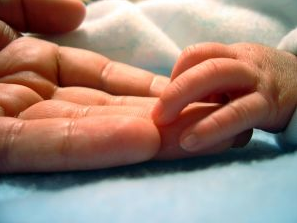 “Older mothers” are classed as over 35, but women over 30 face the same risks.

A study from Sweden and Norway suggests being pregnant over the age of 30 may be riskier than previously thought. The results could change medical thinking about the definition of “older mothers”, report the Guardian

The study of almost 1 million new mothers showed women aged 30 or older are at higher risk of having a stillbirth, a smaller baby, or a premature birth than younger mothers. Women giving birth for the first time between the ages of 30-34 are equally as likely to see their baby die as women between 35-40.

Currently obstetricians categorise “older mothers” as those over 35. This new study could result in more women being classed in this category.

In the United States the average age of first-time mothers has been steadily increasing over the last four decades. In 1970 first-time mothers were around 21 years old, this has increased to 25.1 in 2008, according to the Centre for Disease Control and Prevention (CDC).

In the UK the average age of women starting a family has risen to 30, up from 28 in 1995. According to figures from the Organisation of Economic Cooperation and Development (OECD), Germany and the UK are tied at the top of the table for average ages of first-time mothers.

Typically, Scandinavian women have their first children aged 28, with French women slightly older at 28.5. The OECD represents developed countries and the average age among them is 27.8 years old.

This tendency to wait to start a family is a trend peculiar to developed countries, rather than under-developed or developing nations. Researchers speculate this is due to improvements in women’s access to education and a greater desire to have a career than in previous decades.

Willem Adema, economist in the OECD’s social policy division, said: ‘Over the years, in the 60s, 70s and 80s, Europe made leaps and bounds in the progress of female education attainment.

“When they had done that, women decided they want a career just as men do. But that can clash with their desire to be a mother – so their response is to postpone childbirth until as late as possible.”