Call for more breast cancer screening in the UK unnecessary? 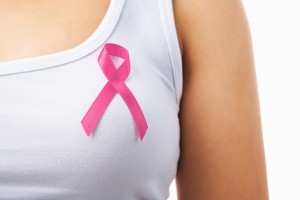 Widening the age range for breast cancer screening seems like a positive step forward at first glance; regular mammograms have the advantage of detecting cancer early so treatment can begin straight away, with the intention of saving more lives. As practical as it may sound, breast cancer screening isn’t as beneficial as it may seem, with some claiming that it does more harm than good.

In the UK, the government has been called to expand the screening age range to women of 47-73 years of age, rather than the current 50-70. A controversial clinical trial is underway, including women from the extended age range, a trial which critics claim is unethical for not advising the younger and older women of the potential risks of screening.

Over-diagnosis and false positive results from breast cancer screening have been the main cause for concern, and so the proposal to expand the age range in the UK doesn’t seem appropriate for some. In 2012 the Marmot review released information concerning the downsides to breast cancer screening, and they now affirm that in every 200 women screened, one life will be saved whilst another three will be diagnosed with cancer which wouldn’t have become apparent in their lifetime. The benefits of screening for early detection purposes have come under debate, as a study carried out in the US showed that men having regular tests for prostate cancer were not found to live longer than those who did not go for regular screening.

Taking into consideration the already prevalent issues surrounding breast cancer screening, there is criticism regarding the trial of three million women organised by Public Health England, including those younger and older than the usual UK screening boundaries. Nevertheless, Public Health England backs the trial and it has been under way since before the Marmot review was published, and is set to run up until 2026.

Where other countries stand

In 2013-2014 Australia expanded the breast cancer screening age range from 50-69 to 50-74 years of age, as well as offering women from 40-49 free mammograms. However the detection and treatment of small, and even harmless cancers, has caused certain countries to question breast cancer screening. In the New England Journal of Medicine, the Swiss medical board have stated that screening should stop altogether.

What are the current guidelines for breast cancer screening where you live? Do you think screening does more harm than good?