Will Obamacare halt rising maternal deaths in the U.S.? 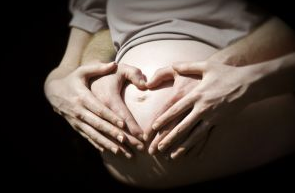 For many women in the United States the introduction of the Affordable Care Act means greater access to women’s health services.

The United States is one of 23 countries where maternal mortality is rising. According to a WHO report, Trends in maternal mortality: 1990 to 2010, the rate in the U.S. is rising along with countries such as Zimbabwe and Costa Rica.  This could be about to change as the Affordable Care Act comes into effect on the 1st August. The new Act will require insurers and Medicaid to cover preventative services for women without charging a co-pay, co-insurance or a deductible.

America currently has the highest maternal mortality, that is pregnant women or new mothers dying, than any other industrialized nation. In 2009, 16.1 women died per 100,000 live births, according to the Health and Human Services Administration. This compares to a low of 6.6 deaths per 100,000 in 1987.

The full list of the eight new services included are:

While America still has a way to go; there are major disparities between mortality rates and race for example, for the 47 million women who will be getting greater control over their healthcare the Affordable Care Act can only be a step in the right direction.